A couple of years ago, I installed Server 2008 R2 Standard on a host with 48GB of RAM, not noticing that the OS was limited to 32GB.  I also made the error of creating two RAID1 arrays instead of a single RAID10 array, unnecessarily complicating the allocation of disk space.

It would've been smart to measure performance for a before/after comparison, but I didn't think of that in this case.

First, I brought in a small server running Hyper-V 2012 R2 on an SSD with two SATA drives in a Storage Spaces configuration, and 16GB of RAM.  When I powered off and tried to export the VMs from the production host to the temp host, it failed with this error because exporting uses the local SYSTEM account (i.e. the computer account) and there seems to be no way to authorize a remote computer account on an SMB share in a non-domain environment...and besides, I learned that it wouldn't have worked anyway because you can't import a VM into 2012 R2 if it was exported by 2008 R2, due to changes in the WMI namespace...instead, the author suggests stopping the Virtual Machine Management service on the source host and then copy/pasting the the VM files into your destination server where they can be imported in-place.  So I did.  The VM files are about 1.1TB collectively.

I was managing Hyper-V 2012 R2 from a Windows 8.1 client running in Virtual Box with a NAT'd network connection that indirectly used the Windows 7 host's VPN connection, and received this error:

Switching to bridged networking with a VPN connection on the Windows 8.1 client fixed that.

Next, received this error:

It was fixed by editing DCOM permissions on the Windows 8.1 client per http://blog.mpecsinc.ca/2009/06/hyper-v-error-access-denied-unable-to.html

Which folder to select when importing virtual machines?  The one called "Virtual Machines".

The import process ensures that you have a valid amount of RAM allocated to a VM and prompts to attach the VM to a virtual switch, if the old/new switches are named differently.

When installing the integration components, it upgrades them automatically:

Next, used the Dell Lifecycle Controller via iDrac to update firmware on the production host via ftp.us.dell.com.  The BIOS update didn't take at first, so applied it later.  One power supply stopped working after the update, so a courier brought me a replacement unit 2 hours later.  FYI, firmware updates to the power supplies will cause the server to power-off. 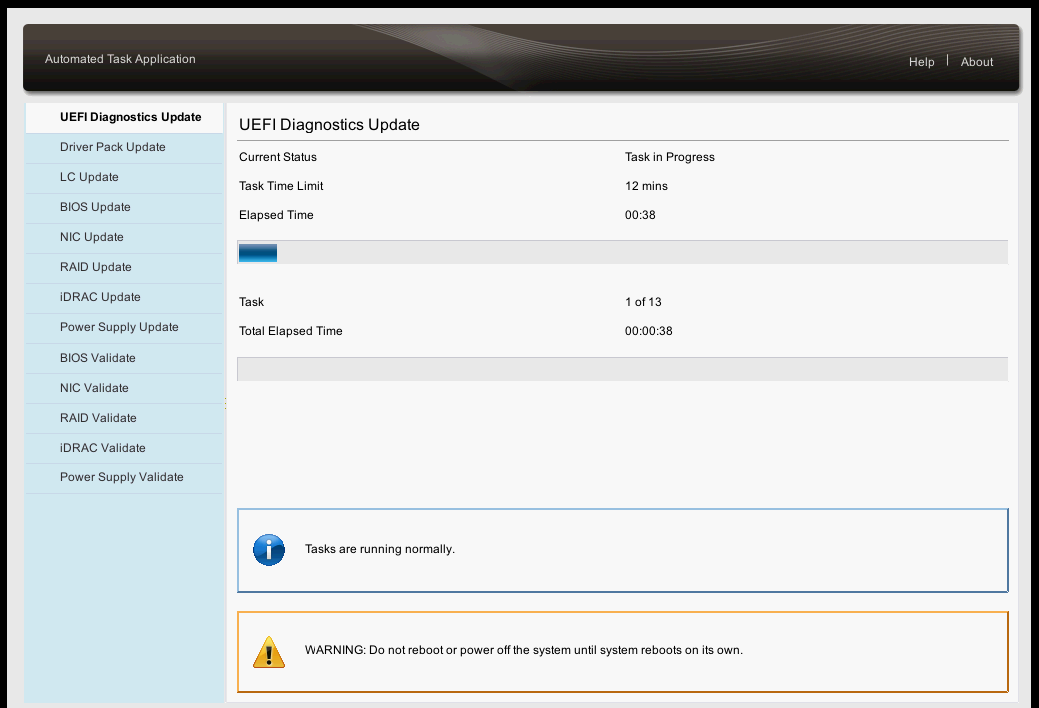 Dell's driver download website is offline today.  I tried ftp.us.dell.com/Browse_For_Drivers, but the files were all a couple of years old.  This server has Broadcom NICs, which need to have "Virtual Machine Queues" disabled.  However, you can't do that with Device Manager on Hyper-V Server 2012 R2 because Device Manager is not present locally and does not work remotely.  The solution (because Dell's driver website was offline) was to download the administration software directly from Broadcom's site (thanks to a forum post for this idea), unzip it, run setup.exe, then run "c:\Program Files\Broadcom\BACS\bacs.exe" and disable Virtual Machine Queues.

Robocopy'd the VM files back to the production server, imported them, and was all set.